Bon Iver’s “Holocene” is nominated for Record of the Year at the Grammys this Sunday.  Never heard the song?  Neither has anyone else!  Here’s a link where you can watch & listen: http://youtu.be/TWcyIpul8OE

Sidenote: Bon Iver is a band, not a person, which is good to know.  Additionally: why isn’t the plural version of grammy “grammies”? 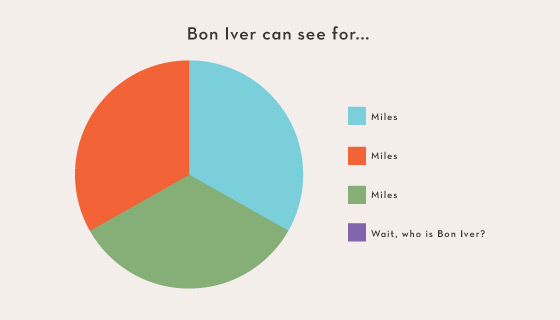 1 thought on “Who the Heck is Bon Iver?”