Coldplay is letting people stream one song per day off of their new album, Mylo Xyloto, until it comes out next Tuesday.  This morning the featured track is a song called “Princess of China”, which features…Rihanna.  Seriously.  Go here to listen for yourself.

The sound of the song is much like Coldplay’s new single “Paradise”, with a heavier beat than they’ve featured on previous albums.  I really like this new direction for Coldplay, even though they are lightyears away from the sound of their first few albums, which were much slower and very piano-heavy.  That being said, I feel like, on the surface, Rihanna and Coldplay go together like Lindsay Lohan and moderation.  They are such an odd combo, and yet, it kind of works in this case.  Probably because the melody is classic Coldplay/Chris Martin, and Rihanna doesn’t riff on it at all.  Good call, girlfriend. 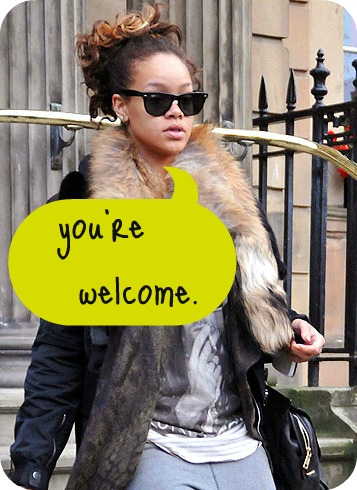 I’m assuming that the decision to feature Rihanna on this track was based on Chris Martin’s bromance with Jay Z, who also happens to be Rihanna’s mentor.  I guess it was a good call.  I also wonder if Beyonce and/or Gwyneth are jealous that they weren’t picked?  At the very least, it got a lot of people, including yours truly, to wonder, Rihanna and Coldplay? Seriously?  But I’m on board with this.  As long as there isn’t a remix album. 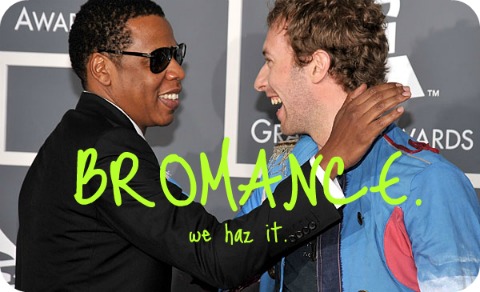 My only concern is that such a pop-heavy collaboration will alienate other faithful Coldplay fans.  I’m fine with it, but I certainly don’t speak for the masses.  We’ll have to wait and see.

Here are a few stills from the shooting of the video for Coldplay’s “Paradise” which should be out in a couple of days.  I am SO EXCITED to see the final cut.  Coldplay dressed as elephants.  Lurve it.  (Click on each photo to enlarge.  It’s worth it.) 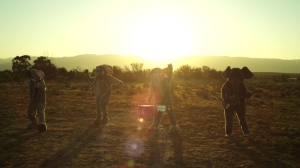